Education Innovative Based on ICT in Indonesia

For this honorable occasion, please allow me share some of our experience in developing ICT in , especially about the progress and the plan.

Computer and Internet present on our lives are unavoidable these days. In fact, our lives have been stimulated by the present of such technology. In , ICT for education is first introduced at the end of 1990. Even though, we still consider ourselves were being late to utilize the technology, especially if compared to other country in . Our human resources faced even much more basic problem such us English proficiency which widely used in computer technology, not to mentioned some adequate skill and knowledge on basic computer. This is our hardest homework to begin implementing ICT in education in .

Department of National Education realizes that to overcome such problem requires a lot of effort and investment. However, the small step should be taken to start the long journey.

Having realized this, the Directorate of Vocational and Technical Education and Training (Dikmenjur) as one of the office within Ministry of National Education directly related to the use of technology in education, took the initiative to meet up the challenge. The directorate comes up with several strategic initiatives that will bring ICT awareness among the education stakeholder. Among the initiatives is the setting up of a mailing list as a medium for communication for all teachers, principal, students and officials. All the members are encouraged to have individual email address for their identity. Through this initiative, teacher and students must learn such technology in order to allow them to receive information given by ministry’s official as well as sharing experience by other fellow educator. Today, the mailing list has about 3600 members since .

The mailing list experience generate more demand on the need to a have better education and more structure schedule. In cooperation with the leading technology institute in the country, ITB, the directorate signs an agreement to educate potential teacher to learn more on ICT. Number of teachers has been sent to the institute to pursue some degree in ICT field. As for the selection, the directorate make announcement only through its mailing list and select them among the active members. The program started in the month of August and September 2000. Later on, more scheduled training was set up in each Technical Education and that serves as teacher training center to provide training on Technical Support, Help Desk and Web Design.

Later, several active members in the mailing list and graduates from the training program with highly skill and knowledge in computer were assigned as consultant to formulate a strategy to widely use of ICT in education. Their first agenda is how to accelerate the use of internet among vocational high school (SMK) across the country as main solution for wide spread geography.

The Dikmenjur together with their ICT Team (formerly Team of Internet Acceleration V1.2) had done several innovation of advance ICT in some field of education. Some of them are as follows:

In the field of human resource development, we have:

On the field of structure and infrastructure resources, we have:

On the field of curriculum, we have already arranged and published:

On the field of educational system, we have already developed:

On the public service sector, we involve teacher and student of vocational high school as province coordinator, regency/city coordinator, supervisor, and district operator on activity:

We realized that never say stop on the dictionary of innovation, more over in innovation on the educational area with ICT base. However, we are optimized and proud, because our ICT Team has already created the second generation that average in all provinces. Because of that we are always on commitment to develop nation mind by ICT innovation.

On the field of structure and infrastructure resources, we will develop:

On the field of educational system, we will develop: Web portal of job exchange for SMK graduated (BKK Online) on 2007.

On the public service sector, we will back involve teacher and student of vocational high school as province coordinator, regency/city coordinator, supervisor, and district operator on Entry data of election result for governor of province on 2007.

Partnership on the developing education based ICT is a part of our important journey, that is the reason why we want to be a partnership with several hardware vendor, software vendor, internet provider, telecommunication operator, cellular operator, and another party that have commitment on the ICT development in Indonesia. The one of our best partner is Microsoft .

On our report, Microsoft has already carried as our job, they are:

Even though concrete step that we will do with Microsoft begin 2005, our Microsoft Partner in Learning program are:

By this Microsoft Partner in Learning (PIL) program, we hope every teacher will be able to:

For the moment, our ultimate goals from ICT teacher training trough Peer Coaching Program for 4 years ahead are as follow:

Along with the increasing number of developing ability of the teachers working with computer and internet, it will be forecasted the number of demanding PC/Notebook and internet bandwidth for the teachers in will be increasing significantly. Beside that, we hope that market of PC, Notebook, Operating System, Application Program, and Peripheral can be a positive respons with the existing and the price relatively cheap and can be bought by everybody. We are hope internet service providers can cover whole archipelago in .

Subsidizing is not the only solution to create the dreaming for one teacher - one computer. Because of that, we hope that there is an increasing salary for teacher proportionally, so teacher are able to buy 1 unit PC or Notebook, pay internet, buy books, and subscribe magazine or journal which will be helpful for their profession and carrier.

Beside that, we still find the fact that is less conducive in developing education based on ICT, as...

Those are what we have done. We have been doing and we will do developing in . We are aware that developing education based on ICT should be followed by the goodwill to confess basic rights upon Intellectual Wealth, that is not because there is a pressure from other one, but there is goodwill from us to follow the Republic of Indonesia Regulation Number 19 Year 2002 about the Intellectual Ownership.

We confess that the education of institution belong to those who start doing illegal multiplication of software in Indonesia, so that from the education institution we should stop them seriously, explicitly and systematically. We hope partnership who has existed in good condition will be followed and being a goodness in the field of education. Thank you.

This is one of the best Blogs for free Tips and Tricks tutorials about Blogging, YouTube, Facebook, Blogger, Life Style, Business, SEO Tips, much more. Which can be very very helpful for your daily life. this channel and stay tuned to this blog for further updates.

Our blog helps to Provide Latest Tips and Tricks tutorials about Blogging
Business, SEO Tips, much more. this Blog and stay tuned to this
blog for further updates.

Join our YouTube Channel To Get Latest Video Notification!

Join our Telegram Channel To Get Latest Notification!
If You Are Facing Any Issue ! Message Me Any Time on Insta. 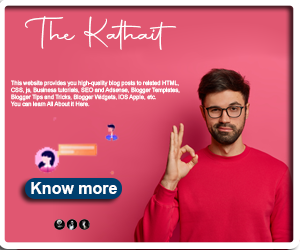